As previously written on a few blog posts, I had applied for a PhD – not ever thinking I’d even get shortlisted, but I was happy with the learning process itself. Pushing myself forward, keeping my options open.

Before I fell poorly, and my life got all shook-up, I had an art practice-led-PhD proposal on my desktop for about a year. I wondered if I would ever be brave enough to submit it.  It was – at the time – something not super well researched. It was about Artwork and labour, and the dark-matter of the artworld – I was hoping to build upon my peers and artists who I greatly admire’s work – such as Gregory Sholette’s political activist artwork, like 1980’s PAD/D and his thesis on Dark Matter (which is one the best books ever on the subject IMHO); William Powhida’s  incredible practice on the Artworld power and structures; ARTWORK by Temporary Services; AREA Chicago’s work (that I was so lucky to have been an intern there in 2009 in Chicago, USA – under incredible people), Olivia Plender, Charles Avery, Tino Segal, ect ect.

But something didn’t feel right about this proposal.  Part of it was the proposal itself, and another part was probably my self-doubt, was I smart enough to do it? Could I justify my proposal?  And so I never submitted it. It didn’t matter much anyways, because the shit-hit the fan and the months proceeding this – my perspective changed after my life became obviously more temporary than I had imagined at 23/4. And I was left,  broken. My plans, my lil’ confidence I had left and my future-vision even more broken.

Art & Labour  became irrelevant to me, and with the recession and the popularity increase in socially engaged practices (yay!), my once some-what original PhD enquiry into art and labour became hot-topic. Diminishing any hopes at looking at it in the future.

I’ve never recovered from this illness experience. And I felt like I lost a part of who I was. For both better and for worse.

My desire to do this art & labour PhD got replaced  by my desire to change healthcare practice for the better. To make the patient pathway better.  As described many times before in these posts – my personal experiences mixed  with having this intuitive feeling about art & designs possibilities in creating a better healthcare experience and system – whether through designed medical devices (think IDEO), to architectural planning of spaces, art-therapy, using creative ways to map the patients experience or journey to generate things, to app-design and virtual reality. The possibilities are completely almost endless. It’s so exciting, but I also don’t think culturally we’ve got there to accepting it as one of our best tools (of many) to make things better.
So I re-trained, in radiotherapy & oncology to help me be part of the system to make sure I always listen to our patients and I felt that radiotherapy was this area that’s open to innovation.  And I’ve had a blast. I’m actually really good at what I do, who knew? I sometimess get 98-99-100% in my assessments, and I often get compliments & recommendations off my patients about my care, not too shabby for someone without any science background. I’ve learnt a lot about myself in this process, and built my knowledge and skill set further. And I feel such a good part of the teams I work with in the clinical setting.  But it has been ridonkulously hard. There’s no denying this. Especially whilst trying to juggle part-time work, and crappy health-issues. It’s been a battle. A healthcare course really tests you, and your resilience.

Then I saw a call out for PhD proposals.
I was amidst in applying for radiotherapy jobs. I had been told that some of my ideas were “just too ambitious” in my first rad job interview, and then a few weeks later an informal chat with someone who previously worked in clinical-practice told me that: “I need to stay within my band, it’s not a band 5’s role to think of making things better”. Which started to give me a sinking feeling.
I’m a true believer in transformational leadership – whereby everyone – whether a porter, or service user, or volunteer, or student, or band 5 or band 8 HCP – can suggest an idea to make things better – because they’re the ones who experience the system in their way. And may see it from a different perspective – and that we all have equal responsibility: to practice safe and compassionate care. And to work together – effectively and collaboratively – to make things better. It doesn’t matter where you stand. As Judy Hopps says in Zootopia (AN AMAZING MOVIE THAT YOU HAVE TO SEE!) “Life’s a little bit messy. We all make mistakes. No matter what type of animal you are, change starts with you.”

So, I emailed my amazing Radiotherapy professor – Heidi Probst – and told her how I really saw creative practice/methodologies as a way to make change in healthcare. She instantly helped me out, said she’d be willing to talk through things. She pointed out her call out for breast/trunk odeama  (something that had come up with my app with a previous patient who was on an award panel – as I hadn’t included it in the side-effects – showing specifically why this needs to be researched as we’re not really taught about it in practice -i hadn’t really thought about it) and the quality of life issues associated with these patients – and we discussed how a creative way would be able to bring out these narratives – in a way that more well-known scientific qualitative methods aren’t able to do. To really make the people heard.

Sheffield Hallam has a unique research center called Lab4Living – it’s this super cool place that combines art & design practices to healthcare research. It’s a collaboration between art & health & wellbeing. So I saw this proposal sit right in the middle. A collaboration – and interdisciplinary investigation – with an outcome of a rich diverse narrative in many visual forms – it would be both art and health. I was advised by a bunch of academics to submit it to both departments – both art & health – because it was both, after all – and I felt that I’d do the same kind of work where ever I was based. So I did. I submitted the same proposal. Not expecting ANYTHING in return. No shortlist. Nothing. Just this increased knowledge that this massive gap in patient information and care exists for breast/trunk odema.

And honestly – for about a month – I thought of nothing more other than the plight of these people. I began to see people with trunk swelling on their posterior thorax with no advice in clinical practice. And this whole experience intensified something. Like when my eye doctor gives me option “1 or 2” when he sets my prescription, I suddenly saw option 2. It feels like it has heightened the stakes somehow -— reminding me repeatedly how precarious life is, and how every act is a contribution to a finite set of acts, that should be contributing to a bettering of the world (in whatever form that takes). Thinking constellations and not just stars.

Then I got shortlisted in 2 departments – and I panicked. I never envisioned this to happen. in-my-wildest-dreams!

I don’t really know what happened in between.

There’s a quote that I’ve been thinking about for a long time, about having to let go of our planned life, to allow us to get to the life that’s waiting for us.

And when I fell sick, I let go of my planned life. And I went into radiotherapy but for a long while i just didn’t know what was waiting for me. And that has been one of the hardest parts. I now feel like maybe this is what’s been waiting for me. This beautiful combination of practices – both creative and health.

“You don’t understand anything until you learn it more than 1 way.” —Marvin Minsky

After much soul-searching. And I mean, really soul searching. I decided art would be the best place to sit – for the freedom. Though this decision did not come easily.

Getting this fully-funded PhD scholarship in art feels like I’ve come home. I’ve been lost, but I’ve been found. Changed but not fully forgotten. For a few years now I have been caught up between all that was and all that could have been and be. You feel lost.  As soon as the bones mend, you forget about the fracture, but you don’t forget that experience that lead to it.

My great friend Magda pretty much sums  up the bittersweetness perfectly with her quote to me: “Life sometimes gives us lousy hand of cards and we play it like it was fucking aces!! that’s what we do.” Someone make this into a motivational poster.

It is at this juncture that I want to REALLY thank all the people who has made this possible – a reality- Heidi, Alex Robinson,  Jo Doughty, Laura P –  all the people in art – Becky Shaw, Kathy D, Penny M, Claire — so many, many other people  – ALL OF MY FRIENDS & my mom & nan & bro – for all of your help. For taking a chance on me, for believing I could do a PhD, for inspiring and advising, for your belief in making healthcare better. For hoping for a better future for these patient. For all the talks, for all your time, supporting me. For taking a risk.

I am endlessly grateful. I know I wouldn’t be here now if it wasn’t for these people. I never take anything for granted and I feel like I can never repay y’all.

For everyone whose had a dream, and for all the working class kids who get told they can’t even make it to university — this is for you. We can do this.

Tomorrow belongs to those who can hear it coming.

My new chapter begins in September. And I am SO nervous.

No risk, No adventure.
To innovating healthcare by focusing on people & their experiences!

PS: my radiotherapy career isn’t over either. 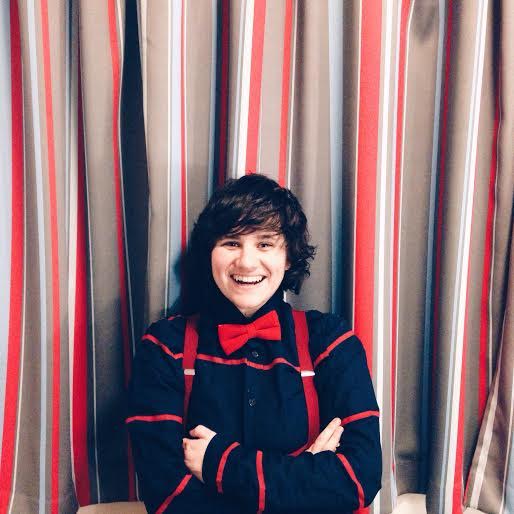