Being freelance and working from home, I slowly turned into a sucker for cooking shows like Masterchef, The Great British Bake-Off, The Taste, Come-Dine-With me, and almost anything on the Food Network. No cooking show was too long or too low-brow and underproduced for me.  I thought it was probably an age thing – I never watched this stuff when I was younger: turned out it was just a love of different foods (probs due to aging-maturity) but I think it was more to do with avoiding doing work/relaxation thing. This became clearer as a healthcare student – I watched these shows even more religiously. The MasterChef series is ALWAYS on when I’m trying to revise for exams or have 100 deadlines. Trying to avoid reality.

One day after clinical placement, my housemates and I sat down with our food to eat and watch food on the TV. This was a show about a bunch of chefs trying to make it in this Italian restaurant/bakery engrained in tradition and processes. One of the young chefs tries to take a bunch of short-cuts and the older chefs catches him – and tells him off – saying, “that’s not how we do it here! We do it the long, hard, stupid way”. Which is stuff like not using yesterdays bread, making fresh new bread instead, making the soup from scratch. ect ect.

And this really stuck with me. The Long-Hard-Stupid-Way.

I think I do everything the long, hard, stupid way. I often get told this. If there’s an easy or a hard way – you can guarantee that i’ll find the hardest way first. My mom says it’s because I don’t have any common sense.

But I started thinking about the routes I’ve taken to get where I am now. And I wonder if I could take an easier path – would i have taken it? The answer is probably no. And I started finding pleasure in reflecting upon this rough, hard-stupid-way path.

There’s a whole spectrum of – here’s the long hard stupid way  – which is ultimately the way I seem to be compelled to make & do things, and then at the other end we have super efficient way over there.

When you work the long hard stupid way – it looks a lot like worrying, scratching new ideas, endless notebooks, trying to learn things you’d never dream of  doing before, it’s a lot of others looking at you like you’ve got it wrong, it’s staying up late and then having to get up early the next day (killer), it’s not returning your library books on time,  but all of these actions are inspired by just caring a lot.

That’s not to say you can’t be efficient and not care deeply – but i, personally, don’t know how to do that.

But behind the long-hard-stupid way is a gift. It’s a lot of heart.

It’s staying up late, and sketching out plans and learning how to code smart-phone apps (FYI – it’s not the same as making a website which I originally thought it would be. Just because you know italian doesn’t mean you’ll be able to speak french), and taking the time to make it – without ever thinking about having a plan to make it accessible. Turns out making apps is a rollercoaster.

It’s going through a really testing health-issue, that literally breaks who you are – and makes you question everything you are & your worth– and going through the system that doesn’t know what to do with you – because you’re not a child and not an old adult – and instead of being a normal person and try and change the system from the outside, you decide to re-train and try to make the difference yourself,  inside the system.

It’s deciding to apply for things you’ll probably never get accepted to do – for the love of learning new things, and the process, and meeting new people – & ultimately hoping that the rejection and the attempt itself  will lead to more change and things to build upon for the future.

And most of all, it’s deciding to do all of it together – at once. Long-hard-stupid-way.

Freelancing is often the long-hard-stupid-way. You’re never sure how much work you’re ever going to get. So you just say yes to pretty much everything, just on the off chance you hit a lull and therefore you’ll still have some money coming in.  All the while – burning yourself out. The thing is, you always work more hours than you get paid to work. Life-work balance is hard to strike. And you can never officially take a sick day.

Working alone is hard. Being your own investor is hard (& stupid sometimes). And running all of these things together – teaching, app making, website designing, conference drawing, illustration commissioning, clinical-student-ing, academic-working – all while feeling crappy & being broke- is super long, hard  & stupid – and to do it responsibly is even harder.

Learning to work your life-balances out is hardwork. And it’ll probably take you some long-hard-stupid-ways before you know when is the right time to say yes and when to say no. A friend of mine when i was feeling so awful from fatigue & I felt like i was letting people down told me – you gotta say no if you really want to say yes.

So even though the long, hard, stupid way is just that, what it produces is something cool. When we work this way, it sort of gains an empheral quality. It’s sort of in the air – everything always feels up in the air. Whenever we make things this way – either for ourselves or for other people. There’s some kind of value in that. And that value exists outside of commericalization or money. And I love that. It sort of becomes a gift.

The thing with gifts is that – you have to be given a gift. You can’t ask for one. The more a gift moves, the more value it gains (has it been passed on through the family, does it fill a gap – a representation of a bond, is it using someones time) — like wise – the more work you put into something – the more value is gained. Ultimately a gift  is a sacrifice.

Essentially the best work I do is when I say something or do something or give something , to really help people (in every/any way), or to people I really care about.

But the biggest potential is that – Doing things the long, hard, stupid way – you learn all sorts (mostly wrong things) – but you get a gift. Or you create a gift for others.

And we should look at these overlaps, to talk to each other. to know what we all have in common and to create more situations to create more commonalities. And by doing this we can some how grasp the wonder that is so hard to grasp – of what lies in the heart of making – and making things the long, hard, stupid way.

And when I think about all the awful things this government is doing and pushing through – from ruining the NHS, and demoralizing Junior Doctors, to entrenching a future generation in 50,000 + debt for education, to cruel benefit changes, to making students criminals if they can’t pay back their student loan immediately after they’ve finished university, to trying to get rid of our human rights, to airstriking syria, to stopping free dinners for children who can’t afford to eat. It makes me so, so, so angry. And even helpless.

But the long, hard, stupid way is all about continuing to try, push and make something – we don’t care about barriers – or the challenges – or even the outcome: the gift that comes out of making things for others shows and says for  us to stop, look and look around us. It says everything is possible again. And the world isn’t yet done.

If we can find the courage, and the strength to make things (whatever that is) for others, we can give these gifts back to one another. There’s so much more what unites us than what separates us. People power goes a long way – even if its the long, hard, stupid way. 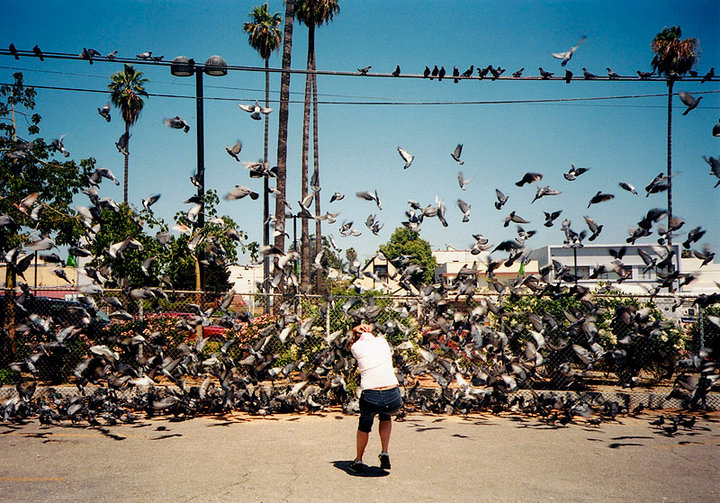 One thought on “The world isn’t yet done.”